In Windows 7, 8, and 10, the BSOD (blue screen of death) message may display when the computer abruptly shuts down during initialization. The unexpected shutdown is caused by a driver attempting to write to a read-only section memory. To protect the system against data loss, automatic shutdown is done.

This BSOD issue is sometimes referred to as “STOP 0x000000BE.” and “ATTEMPTED  WRITE TO READONLY MEMORY.” Windows  10/8/7 attempted to write to read-only memory.

Have you ever encountered a blue screen of death (BSoD) issue while using your computer? Maybe the answer is yes. In general, BSoD issues occur regardless of whether you are running Windows 7, Windows 8, or Windows 10.

In Windows 7, you may get the message “An attempt was made to write to read-only memory” and the stop code 0x000000BE.

This BSoD error happens when a driver attempts to write to a read-only memory region on a computer.

It is frequently caused by the following files: win32k.sys, iusb3hub.sys, atikmdag.sys, dxgkrnl.sys, ntkrnlpa.exe, vhdmp.sys, tcpip.sys, ntfs.sys or ntoskrnl.exe. If you can identify the driver file that is causing this stop code, you can try rolling back or updating the driver.

In the next section, I’ll show you how to resolve the problem of attempting to write to read-only memory.

Before troubleshooting, try these fixes for Attempted Write to Readony Memory Windows 10/8/7.

When you receive the stop code, your computer fails to boot to the desktop. In this instance, how would you go about troubleshooting? It is necessary to use safe mode. 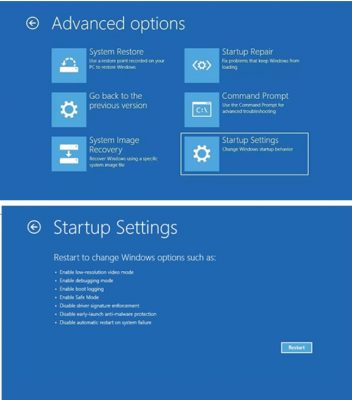 In Windows 7, restart the computer, press F8 to reach the Advanced Boot Options panel, and use the arrow keys to highlight your preferred option, such as Safe Mode.

To enter WinRE in Windows 10/8, insert a repair installation disc and boot the computer from it (Windows Recovery Environment). Then, go to Troubleshooting > Advanced Options > Startup Settings > Restart, and finally, press F4 to enable Safe Mode.

Check the system for excessive clocking to address the “INTERESTED MEMORY FOR MEMORY MEMORY” BSOD error. You can disable all Overclocking or choose a lower setting based on the CPU manufacturer’s, GPU’s, and other installed devices’ clock frequencies.

Windows 7 includes a memory diagnostic tool that you can use to determine if the BSOD problem is caused by memory difficulties. To do so, click Start and type Memory into the search box. Click the Windows Memory Diagnostics tool in the search results, and then click Restart now and check for problems. The computer will restart automatically to check for memory issues, and all you have to do is follow the on-screen directions.

This issue can be fixed by using the Last Known Good Configuration function, which allows you to restart your computer with the most recent settings and configurations that worked. To accomplish this, restart the computer, press F8 when the laptop logo appear on the screen, and then select Windows Advanced Options. Highlight Last Known Good Configuration using the arrow keys and press Enter. This procedure will reverse any modifications to the registry or drivers that may have resulted in the BSOD issue.

Alternatively, you could try these approaches. 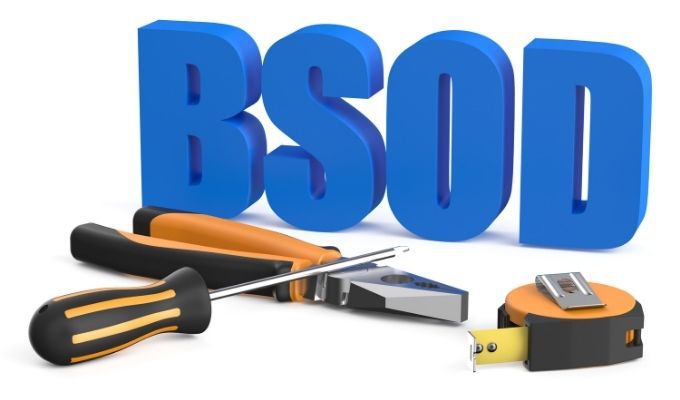 After resolving your issue, your computer can now start normally. So, what should you do now? We recommend that you back up your PC here.

As previously stated, blue screen errors occur from time to time, causing numerous problems for you. For example, you must spend a significant amount of time looking for methods to solve it. Things become easier if you have a backup of the operating system.

If you receive 0x000000BE or attempted write to readonly memory, you can rapidly and effectively restore the non-working laptop to an original configuration. Furthermore, some blue errors can result in file loss. We also recommend backing up your important files to avoid loss.

After trying the tips mentioned above, if the BSoD is still prevalent on your Hp, Sony, Acer, Samsung laptops, bring it to StarLabs and let our laptop repair technicians fix it for you. We can also recover your lost data and make your laptop run smoothly.

To summarise, making a habit of backing up a computer is quite beneficial. How do you make a backup of your computer or files? MiniTool ShadowMaker is worth a shot in this case. It is used as professional PC backup software for backing up the Windows operating system, partitions, discs, files, and folders. This software works with Windows 10,8 and 7